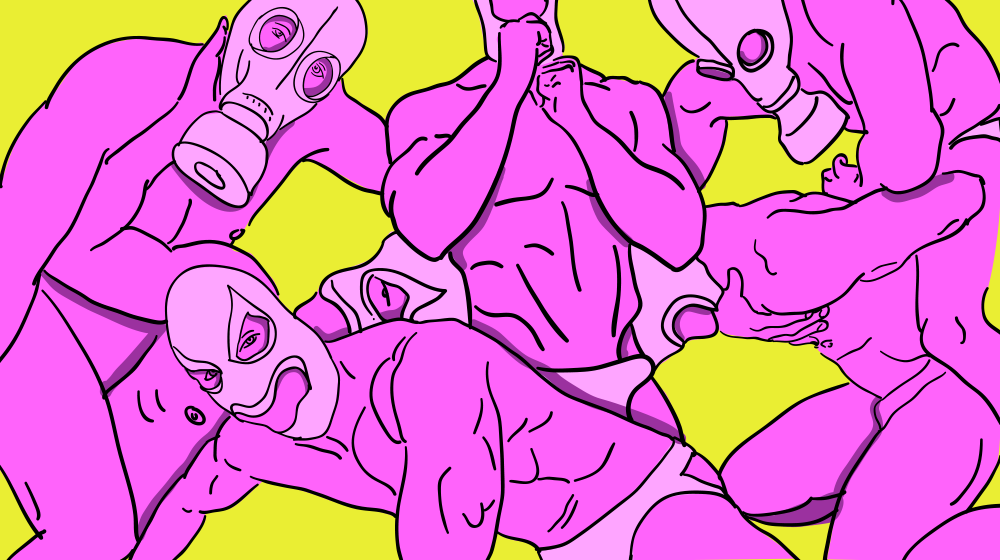 In Straightville the acronym PnP is invariably associated with a shopping list and stocking up on fresh fruit and veg or no-name-brand two-ply. However PnP has acquired a more sinister meaning in Gayville; in international gay parlance PnP has become established as an acronym for Party ‘n Play. Simply put, PnP is about bonking while under the influence of recreational drugs.

The gay bar or club is often the primary place where most gay men initially start forming their gay identity. Substance use is mostly associated with club culture or gay venues like bathhouses and because sexuality is so intricately intertwined with learned behaviour, drug use often becomes the common way of socialising even outside the gay venues (for example cruising online). In South Africa countless gay men are using recreational drugs for sexual purposes and for many, using drugs and having sex have become synonymous. Besides the reality that some men have become incapable of having sex without drugs, the association between the two clearly plays a very significant role in the HIV pandemic within our community. This extends beyond new HIVinfections; many guys on HIV treatment don’t take their ARVs when they indulge in PnP which results in them developing resistance to their treatment. In addition, their viral load isn’t suppressed and they may continue to infect others with HIV while exposing themselves to STIs such as syphilis or gonorrhoea. This issue present even greater threats to the long-term health of both HIV seropositive and seronegative gay and bisexual men.

We can’t simply tell gay men to stop being irresponsible and to stop using drugs. The problem is far too complex to simply go away. Instead we need more focused harm reduction campaigns to mitigate the substantial physical and mental health damage caused by PnP. Those who don’t use recreational substances obviously need to be supported in their stance in order to counter the significant peer pressures they may be exposed to. Guys who are already using party drugs need to be encouraged to limit their intake, to avoid mixing various drugs and to avoid injecting drugs. The guys who are already injecting need information on harm reduction related to this behaviour, such as the high risks of hepatitis C from shared needles. We’re clearly dealing with complex dynamics related to dependence and addiction and it is imperative that anyone using drugs must be encouraged to come clean or to undergo drug-related counselling or even rehab.

The bottom line is quite simply that even if you do indulge in recreational drugs this is no excuse to be irresponsible regarding your sexual health. Using drugs is not a mitigating factor for men to have high-risk bareback sex. Plan your escapade in advance; have plenty of condoms lying around prominently as visual reminders to play responsibly, and latex-friendly lube. Or try female condoms! Talk to your partners before you get high in order to negotiate and agree on what will be, and won’t be acceptable and stick by this plan. If you’re on ARV treatment set an alarm on your phone to remind you when to take them.

It’s Pride season and, like all good boy scouts, we need to be prepared y’all! …

Here’s a mouthful on safer oral sex. Whether you’re getting a “job” or giving one,…