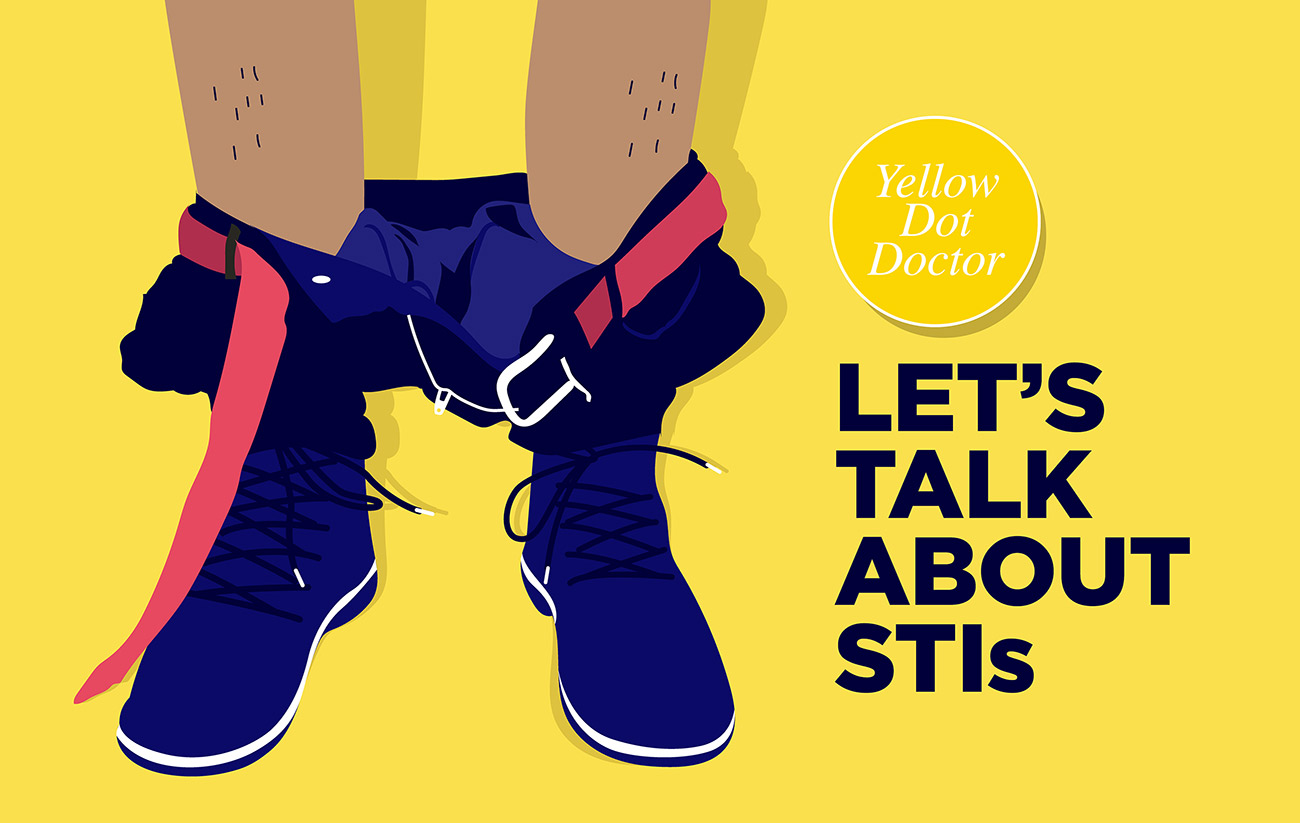 Taking care of one’s sexual health means regularly testing for HIV/STIs, getting on PrEP or ART and regular screenings. A lot of people leave STIs untreated which can lead to health problems that make them more susceptible to other infections/pathogens that can attack the immune system.  This is why for STI/Condom Week, we should look at the prioritising our sexual health and learning more about STIs.

People become infected by STIs through unprotected sex with an infected partner. Most people who get STIs do not show any symptoms as some STIs may lie dormant in the system and symptoms may only show later. Common symptoms of STIs include discharge, pain when urinating, warts around genitals, swellings around the groin area and sometimes bleeding caused by warts.

STIs can affect anyone who is sexually active regardless of nationality, race, ethnicity, religion, gender, sexual orientation, and economic status. The World Health Organization (WHO) estimated that, in 2016, there were approximately 377 million people aged 15-49 years newly infected with gonorrhoea, chlamydia, herpes or HPV (four common, treatable STIs).

Most STIs can be avoided, and even if you do end up comming across one, they can be treated at your local doctor or clinic. Let’s look at the common STIs:

Human papillomavirus (HPV), also known as genital warts can get treated with a cream or gel and have them removed by a clinician.

Chlamydia is one of the most common bacterial infections. Symptoms include pain when you pee and an unusual discharge from your penis.  Prescription antibiotics are often used to treat it quickly and successfully.

Gonorrhoea is similar to chlamydia, it’s caused by a bacterial infection. It can also cause a discharge or swelling but often has no symptoms at all.

STI/Condom Week is aimed not only at reducing the spread of STI but also to curb the spread of HIV and AIDS. The week also aims at educating communities on the importance of using condoms properly and removing the stigma around STIs. By removing the stigma around STIs, those who are infected may not feel shy or ashamed to get tested and treated, and educating on proper condom use we will prevent the spread to others. STI/Condom Week seeks to encourage talking about how to have safer sex, how using condoms is an excellent practice.

Phumlani Kango is a contributing writer for the Anova Health Institute and these are his views, which may or may not reflect those of Anova and its affiliates.

The Perils and Pearls of Being Single