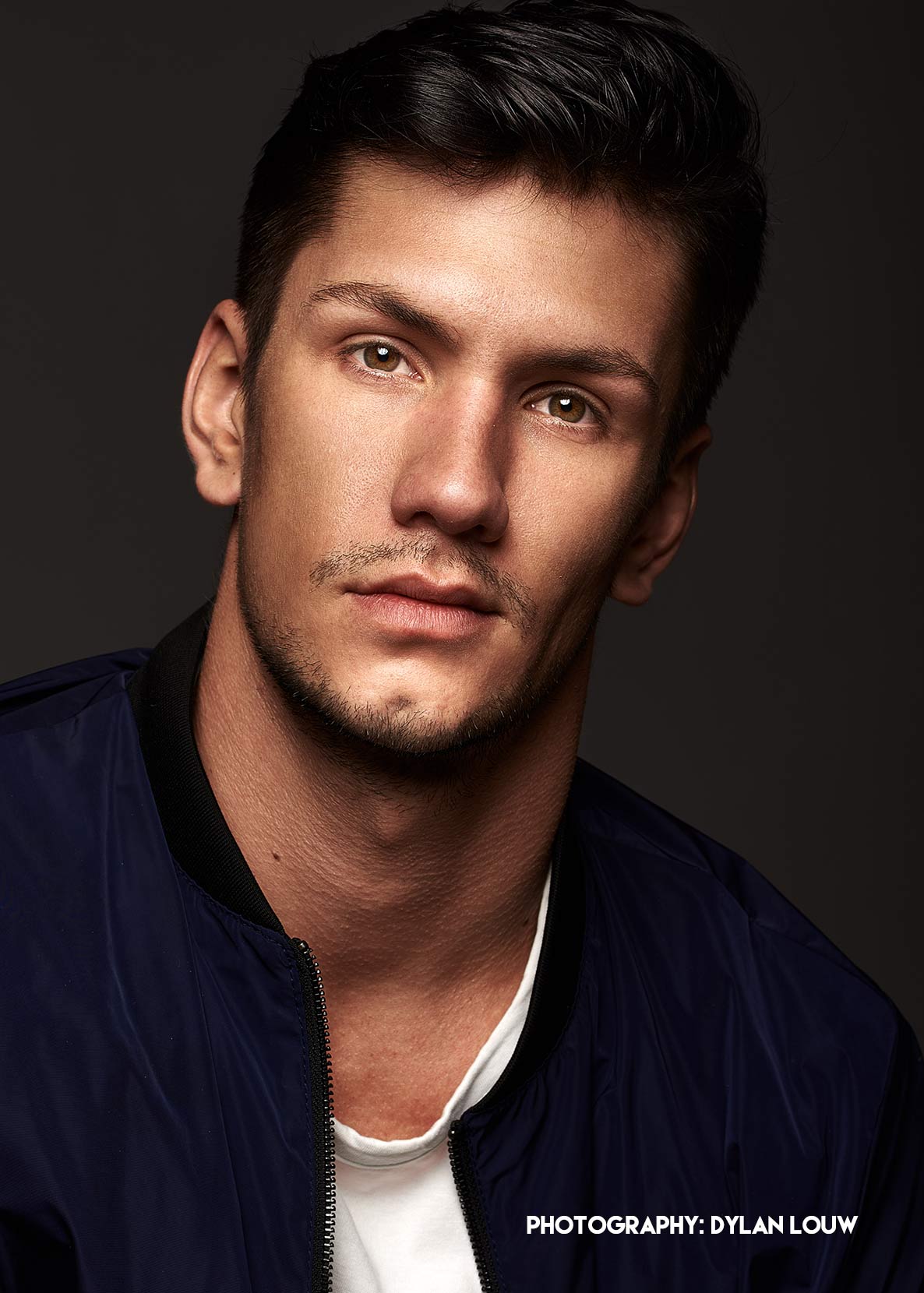 My coming out story, if one can call it that, has always left me (and whoever cares to listen) chuckling. It is a perfect representation of how JD would handle a situation; in a sort of haphazard fashion, and then hope for the best! But before I dive into that tale, I want to talk about something else… Something of equal, if not more value, but far less discussed; my coming IN story…

Unlike a lot of gay men that I have spoken to and who’s ‘stories’ I’ve heard (which fascinates me, how we roll our eyes at a work-related story, but when the gay history story surfaces our eyes and ears are fixated) I did not know that I was gay from a very young age. The general thread I followed from these bios was that they knew they were gay, but the turmoil arose because of the fear of disobedience and ostracism. I am certain that I am not unique in only coming to terms with my sexuality at a later stage of my life, but this did, in fact, create a dynamic which I was wholly unprepared for.

My attraction towards girls throughout my high school career came as naturally as it could have. I didn’t question its legitimacy, nor was it forced. I had one girlfriend throughout school and one girlfriend after school. There was, however, a gremlin beneath the surface… a little monster manifested as curiosity towards the same sex. This curiosity, though, never made itself known as a sexual or romantic attraction. It was simply just that, curiosity. I had no idea why I was (curious), and for the most of it, I went through the natural stages of puberty, where boys measure and compare penises and see the emergence of pubic hair as some glorious victory over life.

This curiosity didn’t receive much introspection even though it was suspiciously tenacious, simply because I didn’t have a name for it. What I knew as “GAY” was the TV made stereotype that was an exaggerated character made to carry out punchlines and draw contrasts for comedic value. This sort of character was never something or someone that resonated with me, and therefore, I never even considered myself as gay. My family (back then) did not have any openly gay men or women in it nor did my circle of friends. My only reference was the character in the box.

Coming ‘In’-to my sexuality can be ascribed by two clear defining moments: The first was a Saturday night like any other, in the very early 2000’s, as teenager at the time, the soft-core adult entertainment that was shown on eTV was something quite thrilling… I was rather well acquainted with the schedule (shameful? Laughable? I’m not sure) and enjoyed what in my household was considered taboo. On one specific night, while watching, something out of the ordinary took place… They actually revealed a penis! This unorthodox appearance of the gentleman’s member awakened that Gremlin into a frenzy. As a mild scare, I turned the TV off and returned to bed immediately. Utterly confused.

Fast forward through High School, my first girlfriend, post-school, my second girlfriend, and then we arrive at the second defining moment. My first actual male kiss…

What took place was quite simple. A bunch of friends, inebriated, went to lie down on a Christmas bed and fell asleep. Halfway through the night, I was woken up by a kiss on the lips… with a tad more stubble than what I was previously accustomed to.

This kiss, however simple and straight forward, was the eventual turning point for me. What followed was chaos.

As this kiss took place, I was faced with a fight-or- flight sensation. Well… perhaps not flight, more towards indulge. I was either to make a scene or simply go with it. The latter is what followed. For some unknown reason, I decided to indulge and see what would happen. The kiss happened, and the following morning the kisser came to me with a whimsical spring in his step and asked “So? What exactly are you?” To which I very honestly responded, “I don’t know!”

Fast forward through the initial confusion and into my very first coffee date. My nerves were shot. Besides the natural nerves that accompany a first date such as a healthy dose of obsessing over whether or not you as a human being would be worthy based on which shirt you wore… I had a different set of nerves that decided to hop along on the date… and that was a massive question mark dangling over my head “What the hell are you doing?”

I remember meeting Mr Coffee Date and thinking… now what? I had no parameter as to what an attractive man was, a good or bad man, a pursuable man, a second date worthy man… I had no clue! Was this guy a catch? A player? No. Clue.

Up until that moment, I was raised by family and by media in such a way that only wholly prepared me for what constitutes a good, datable girl. A pretty girl. A wholesome girl. A slut even. The kind of girl you steer clear from. With men? Nothing. Such a scripture does not exist, such a manual, such a teaching. I was left to my own devices and had no idea how to act at all.

Do I pay? Do I initiate the kiss? What is the protocol? Is he charming? How do I flirt? This was terribly bewildering. The date went well in the end, but this further sparked confusion as to what my next steps would be with matters of the heart and loin. Because of the lack of knowledge, I had with regards to men as a romantic prospect, I didn’t treat the notion of being gay with any earnestness. Men were friends, rivals, buddies, but never romantic beings.

This realisation is what set the wheel into motion that lead to me ‘coming out’ to my family.

I took a quiet moment with myself and considered the beings that were closest to my heart, my family, and how they have always accepted my endeavours and offered support. I never feared ostracism or backlash. My fear was entirely internal and towards the 20-something man in the mirror.

Coming into being gay, albeit wildly confusing, offered an unparalleled solidarity that I never felt with women, and this feeling is what convinced me that I wanted to come out to my family. I felt that for as long as I kept this ‘part’ of myself to myself, that my interaction with these wonderful people would be unavoidably dishonest, no matter how small the degree.

And so, came about the ‘coming out’…

The scene was set. As South African families love to do, one morning at the breakfast table, the entire family was seated, going about the usual breakfast chit chat when they noticed this burden resting on my shoulders and asked: “What’s the matter?” This was it. Now or never.

I started with, “Well, I went on a date a few weeks ago…” to which they were very excited seeing as I had been single for three years prior. The idea of me meeting someone new had a “Finally!” kind of subtext. My sister-in-law asked the feared but unavoidable question “So? What’s her name?” To which I took a deep breath and responded “Johan.”

After what felt like a millennium had passed, my brother (gay) broke the silence by excitedly exclaiming “Sussie!!” which brought about laughter that soon after had me in tears. Tears of relief.

My mother came to give me the warmest hug I have ever felt and assured me that all is ok.

My brother then soothed my crying with a sentence that I will never forget; “Ag JD, it’s ok. I think you were the last one to find out.”

The relief I felt was not because of a predetermined fear of rejection, but rather a sense of self-acceptance that came about when I heard my own voice uttering the words “I am gay”, and this to an audience of loved ones. It was a moment of profound love that I felt, where I could lay on the table something that caused me great confusion and exposed my vulnerability, which in turn was warmly accepted.

I did not feel like a hero, a victor that conquered a monster, or in any sense that I was owed a medal of bravery. What I felt was more like a little boy, scared and vulnerable, unaware of how to handle what lay ahead. The hug and accepting smiles that I received that morning were exactly what I needed for me to go and tell that petrified man in the mirror that everything is going

coming outFamilyout of the closet
Are You Brave Enough
Related Posts

8 LGBTIAQ+ series and movies to indulge in this Pride Month

To celebrate Pride Month, we’ve compiled a list of series and movies you can watch…

Popping your PrEP for One Night of Pleasure

I want to tell you a story. It’s a story I’ve written and rewritten about…