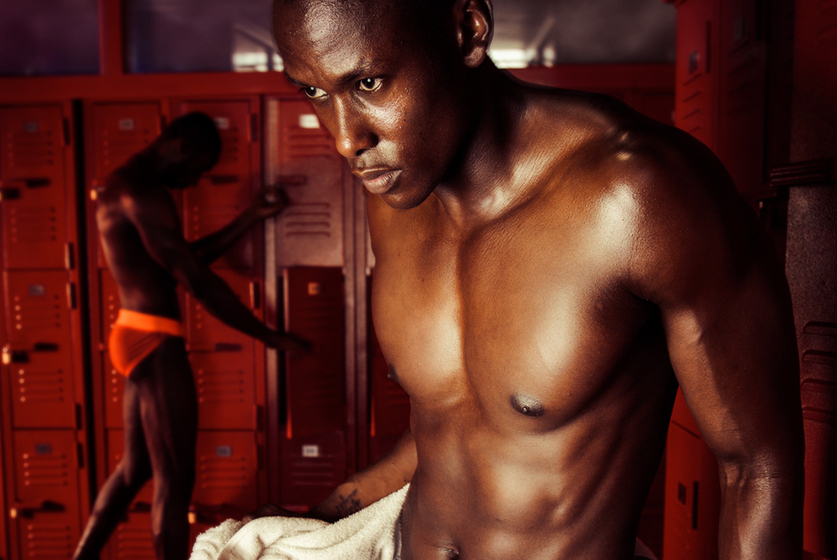 Ancient Greece was known for its public baths; which modern scholars believe were host to homosexual activity. Records of men meeting for sex with other men in bathhouses date back to the 15th century. While contemporary bathhouses have faced controversy and even claims of illegality, gay saunas remain a symbol of gay liberation throughout the world today. In the run-up to the 1980 USA election, some bathhouses conducted voter registration drives on their premises and today bathhouses are a primary source of safer sex information—they provide pamphlets, feature posters and post responsible sex posters and provide free condoms and lubricants. They serve as significant opportunities for addressing men’s sexual health issues.

On an international level as well as in South Africa, the baths served as community spaces for gay men and often were places where it was safe to be gay – even though subject to vice raids. The community aspect has seen a steady decline in modern society, particularly in more democratic countries where many gay men find it ‘easier’ to come out of the closet. While some men talk to each other at the baths, even forming long-lasting friendships or relationships, many others do not, preferring anonymity, for various reasons. Not all men who visit gay bathhouses consider themselves gay, regardless of their sexual behaviour.

Bathhouses are the stuff of legend and a bit of research reveals their colourful history.

Singer Bette Midler is well known for getting her start at the famous Continental Baths in New York City in the early 1970s, where she earned the nickname Bathhouse Betty. It was there, accompanied by pianist Barry Manilow (who, like the bathhouse patrons, sometimes wore only a white towel) that she created her stage persona “the Divine Miss M.” And for those of you who have never experienced the 1976 retro classic The Ritz. Do yourself a favour! Get it!

Bathhouses to date have given men a platform to escape the load of life and often to get their rocks off too! Today men are given the option of being safe while having fun and given a choice to assume ownership of their health. Internationally, onsite HIV screening and counselling has surpassed its status as a trend. In many international cities with larger gay populations, STI and HIV screening and counselling are offered at locations other than at your GP, local clinic or hospital. These include many saunas and bathhouses in America, Australia and Europe.

In collaboration with Health4Men, The Rec Room hosts HIV screening evenings on its premises the last Thursday of every 2nd month. The next screening will take place on Thursday, 26 May 2016. The Rec Room operates as per normal on these nights, but patrons can choose to make use of this free service, which is accommodated in a discreet and private area within the facility.

Patrons who want to utilise the service receive their screening results within minutes. Many guys choose to meet the small Health4Men team and ask questions regarding the organisation’s services or sexual health issues.

Asked why he decided to be screened at The Rec Room, one patron was quick to answer that he appreciated the professionalism of the Health4Men staff. Screening is completely anonymous with the highest regard for individual privacy. Another patron reasoned that the environment was more conducive to being screened and less clinical than at medical facilities. A gay couple commented that it is preferable being screened by gay medical staff and added that not everybody enjoyed the benefits of health insurance which would allow them to be tested by a physician. Importantly, Health4Men does provide free treatment, for gay and bi men who have an STI or who screen positive for HIV. This includes blood tests and free ARVs.

“By hosting this initiative, The Rec Room is displaying a significantly progressive and pro-active approach to the HIV and STI crisis within our community,” says Riaan Norval of Health4Men. “We commend the venue for promoting a healthy and responsible lifestyle in a safe and secure environment for gay and bisexual men. There is a lot of information on our websites and the Health4Men Facebook profile, but if you prefer face-to-face info, it’s an excellent opportunity to come and find out more about PrEP (pre-exposure prophylaxis) too.”

Here’s a mouthful on safer oral sex. Whether you’re getting a “job” or giving one,…

Winter is coming and so could you.